November 1st, 2020: “In Mumbai, more than 100 people gathered at Dadar’s Shivaji Park on Sunday evening, and protests were also seen in Delhi, Rajkot, Ranchi, Uttarakhand, Bangalore, Kolkata and Haryana. A group called ‘Awaken India’ has been holding such protests for the past six months, since the lockdown was first implemented..Those who gathered in the city on Sunday were also protesting against “the corrupt media and various governments in the country.

Speaking to mid-day, Yohan Tengra, 23, one of the protesters, claimed, “The rising number of cases is based on tests that are highly unreliable according to many experts all over the world. Doctors have criticised the Indian Council of Medical Research’s guidelines that are very broad, and doctors have the liberty of putting COVID-19 on death certificates even when the people have tested negative. Faulty tests and broad death classification guidelines have created the illusion of a pandemic.” 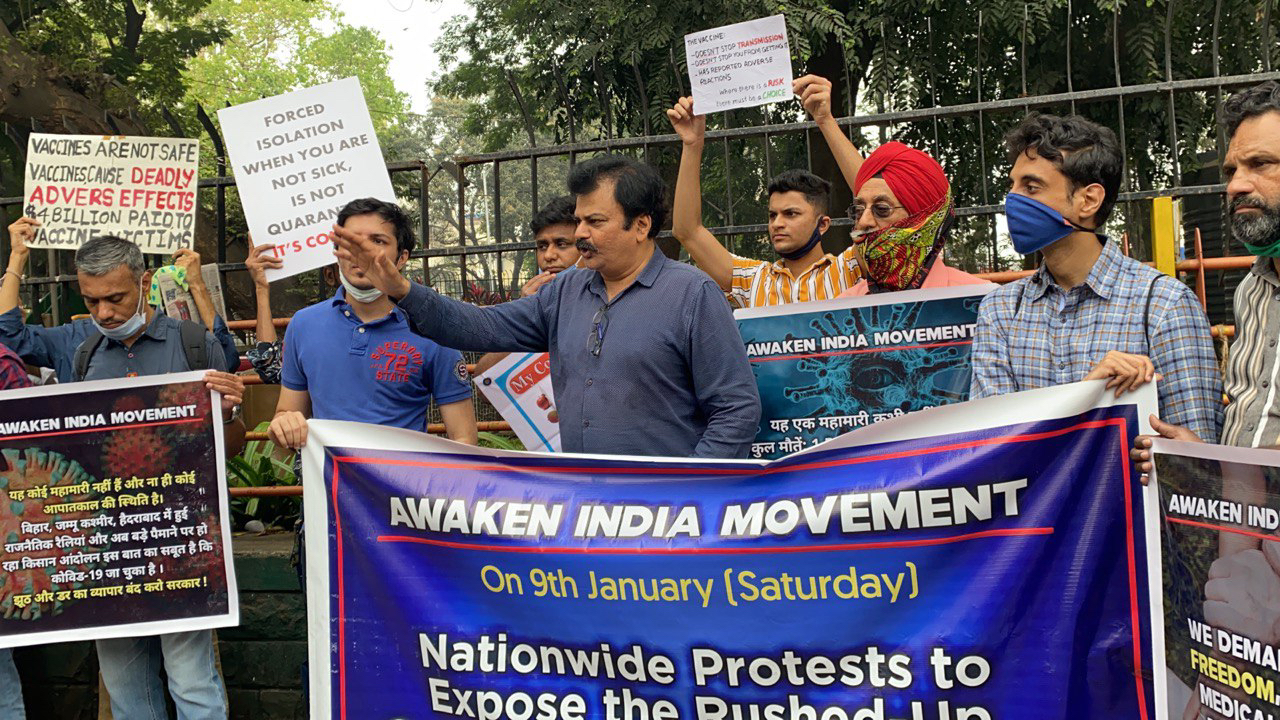