Whether wearing mask is a clever act or foolishness? Read the booklet to find out. 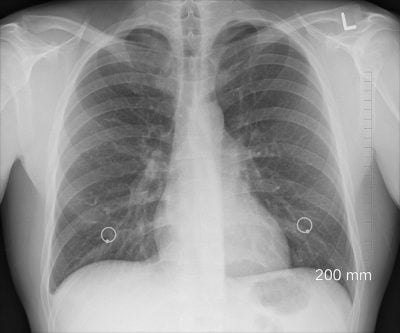 A recent study in the journal Cancer Discovery found that inhalation of harmful microbes can contribute to advanced stage lung cancer. 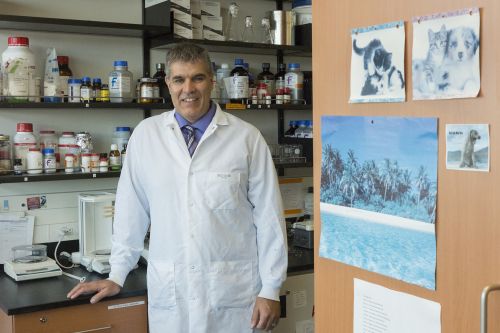 Dr. Bridle is a viral immunologist and an associate professor in the Department of Pathobiology at the University of Guelph in Ontario, Canada. Here he is giving live demonstration of how effective masks really are and leaves the conclusion with the audience. 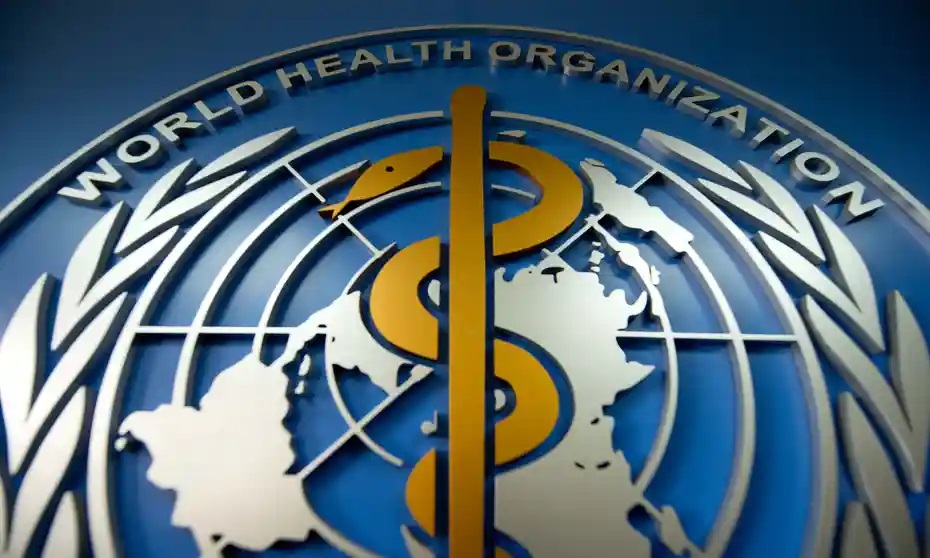 WHOs Advice on the use of masks

WHOs Advice on the use of masks in the context of Covid19 pdf (Pgs. 6-8) Advice to decision makers on the use of masks for the general public As per the WHO:The potential harms and risks of mask and respirator use in the health facility setting include: 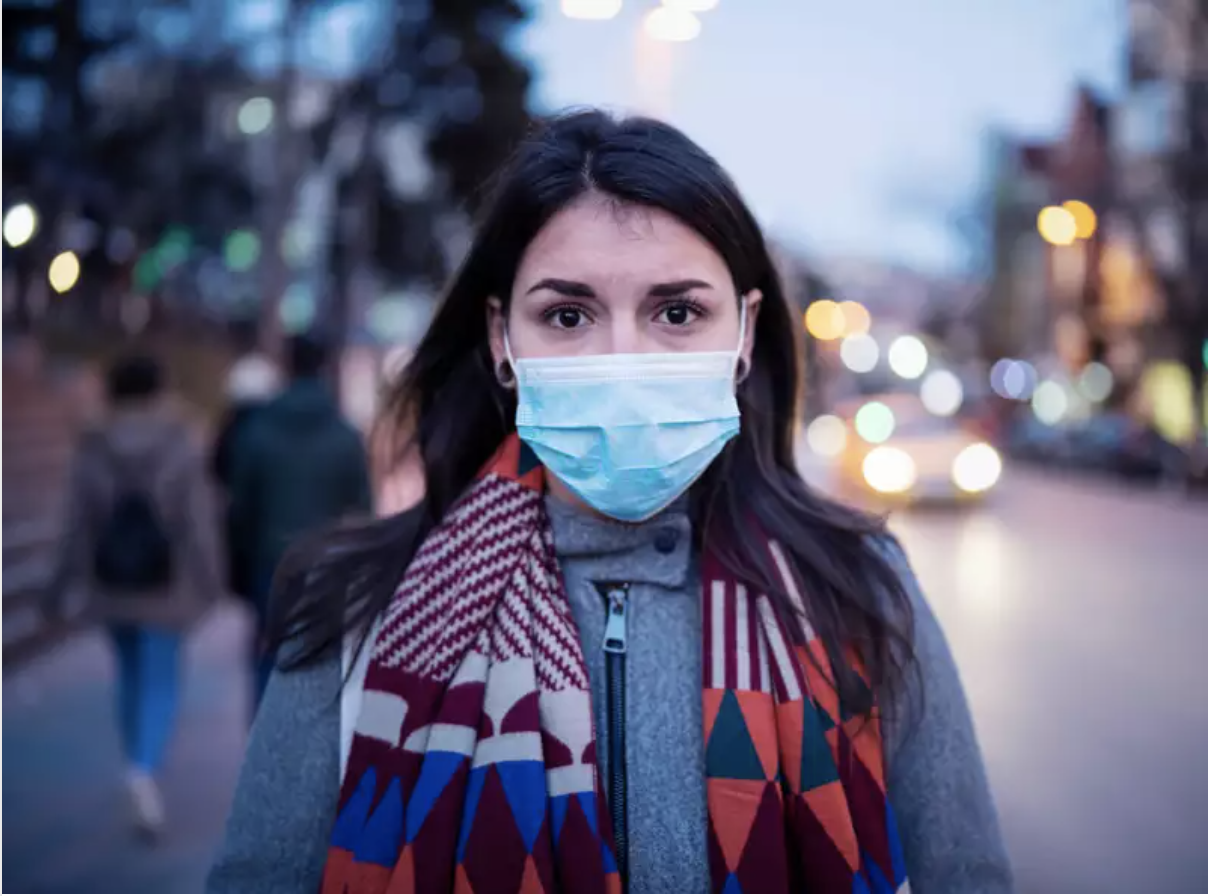 Mask Mouth: A common dental problem that people are reporting due to prolonged use of face mask By TimesofIndia.com, Sep 30, 2020 https://timesofindia.indiatimes.com/life-style/health-fitness/health-news/mask-mouth-a-common-dental-problem-that-people-are-reporting-due-to-prolonged-use-of-face-mask/articleshow/78403231.cms “What is the mask mouth?If you experience bad breath after wearing the mask for longer hours, then you are not alone. Dentists are quite commonly dealing with this complaint that has become quite common these days. We all experience bad breath from time to time, but mask-wearing has made it more prevalent. Not only bad breath, but it is also leading to other dental issues like cavities, tooth decay, and inflamed gum tissue. Even people with no history of any dental problem are facing the problem of inflammation and cavities….” Read the full article here.

Face masks make you stupid:Why face masks are a form of dehumanisation by Patrick Fagan, originally published in The Critic, 28 July 2020 https://thecritic.co.uk/face-masks-make-you-stupid/ In Joost Meerloo’s analysis of false confessions and totalitarian regimes, The Rape of the Mind, he coins a phrase for the ‘dumbing down’ of critical resistance – menticide. “In the totalitarian regime,” he wrote, “the doubting, inquisitive, and imaginative mind has to be suppressed. The totalitarian slave is only allowed to memorise, to salivate when the bell rings.” Face masks make you suggestible; they make you more likely to follow someone else’s direction and do things you wouldn’t otherwise do Neolithic man had a similar problem dealing with his livestock. Homo sapiens’ success has relied not insignificantly on cattle – their dairy, meat, leather and manure. Yet the cow’s ancestor, the auroch, was quite a different beast. It was fast, aggressive and dangerous – hardly conducive to be corralled into predictable channels of behaviour. So, about 10,500 years ago, man started to deliberately breed the most docile aurochs for domestication. The key word here is docile, which comes from the Latin docere, meaning “to teach” (as does, say, ‘doctorate’ and ‘document’). Being docile means being compliant and following commands, which means submitting to a system of thought. Whereas animals, however, typically need to be bred to have a higher level of reasoning to be taught commands, human beings, already being quite smart, need to be dumbed down. You won’t disobey an order if you lack the cognitive ability to question it. This is particularly pertinent to the smooth running of a modern world system which relies on millions of individual souls, each with their own nuanced life history and perspective, thinking and acting in the same way. The empirical literature has shown that compliance and suggestibility are negatively related to intelligence (e.g., Gudjonsson, 1991). In consumer psychology, there is even a technique called ‘disrupt-then-reframe’: bamboozle people first and they’ll be more likely to buy what you’re selling (Davis & Knowles, 1999). Ultimately, the common denominator for increasing suggestibility is switching off executive function in the prefrontal cortex – disabling the superego, the conscience, the internal monologue. Without Jiminy Cricket on his shoulder, Pinocchio would never have become a real boy – he would have always remained a puppet. Modern society is shot through with things that make us similarly dumb (literally, unable to speak). The effect of television, for example, as Meerloo wrote, is to “catch the mind directly, giving people no time for calm, dialectical conversation with their own minds.” The mind-numbing, irrational effect of visual communication has been recognised throughout history. Not for nothing did religions talk about the word of God and forbid graven images. Unsurprisingly, empirical studies showing that watching television makes you stupid in both the short- and long-term (Hoang et al., 2016; Lillard & Peterson, 2011). This is to say nothing of pornography, which is now consumed by 98% of men but known to inhibit the part of the brain dealing with conscience and consciousness, the prefrontal cortex (Kuhn & Gallinat, 2014). Moving from circuses to bread, alcohol, of course, reduces cognitive function in the short-term (Hindmarch & Sherwood, 1991). Even at moderate levels of consumption, it accelerates cognitive decline in older age (Topiwala et al., 2017). Junk food, likewise, makes it harder to think in the short-term (Barnes & Joyner, 2012) and harms cognitive ability in the long-term (Reichelt & Rank, 2017). Fluoride has become something of a cliché of conspiracy theorists; being added to the public water supply in multiple countries around the world, ostensibly to reduce tooth decay. However, the evidence supporting the dental benefits of fluoridated water is poor, while many studies have shown it can damage tooth aesthetics via fluorosis (McDonagh et al., 2000). Many more studies have found that fluoridated water lowers the population’s intelligence (e.g., Borman & Fyfe, 2013; Green et al., 2019; Lu et al., 2000; Rocha-Amador et al., 2007; Wang et al., 2008). Which brings us to face masks. Face masks can now be added to the list of mandates that make you stupid. As if Piers Morgan feverishly promoting them weren’t evidence enough, here are the facts on why you absolutely, categorically should not wear a face mask. They make you suggestible; they make you more likely to follow someone else’s direction and do things you wouldn’t otherwise do. In short, they switch off your executive function – your conscience. A great example comes from a study by Mathes and Guest (1976), who asked participants how willing they would be, and how much they would have to be paid, to carry a sign around the university cafeteria reading “masturbation is fun” (this being 1976, doing such a thing would be considered embarrassing; these days it will probably earn you a course credit!). The results showed that when people wore a mask, they were more likely to carry the sign and required less money to do so ($30 compared to $48, on average). Meanwhile, Miller and Rowold (1979) presented Halloween trick-or-treaters with a bowl of chocolates and told them they were allowed to take only two each. When the children thought they weren’t being watched, they helped themselves. Children without a mask broke the rule, taking more chocolates, 37% of the time, compared to 62% for masked children. The authors concluded that masks “lead to lower restraints on behaviour”. The effect has similarly been found online: the online disinhibition effect refers to the tendency for people to act antisocially when anonymous online (Suler, 2004). There is even an infamous trolling movement calling itself Anonymous and using a mask as its symbol. The disinhibiting effects of wearing a mask are described by psychologists in terms of a suspension of the superego’s control mechanisms, allowing subconscious impulses to take over. Saigre (1989) wrote that masks ‘short-cut’ conscious defence systems and encourage “massive regression” to a more primitive state; Castle (1986) wrote that eighteenth century masquerades allowed mask-wearers to release their repressed hedonistic and